Ever wonder what makes us human?

Some people point to self-awareness and intelligence.Â 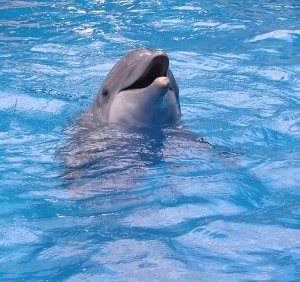 Dolphins might get a chuckle out of that one.
Â Some people think that it’s our DNA.Yet scientists estimate that 5-8% of the human genome is composed of endogenous (or in-born) retroviruses. That means the slippery little viruses jammed themselves on the end of a strand of our ancestors’ DNA at some point in our murky past and literally became part of us.

Heck, even our mitochondria – the indispensable organelles that replicate identically along the female line of the species – were once invading bacteria that formed a symbiosis with early single-celled organisms and moved into the cell because, hey, the ‘fridge is full in there.

Maybe it’s our emotions, nay, even our souls!Â

Except when you consider that bacteria have been found to create neurotransmitters that alter human emotional response, influence their environment (even when that environment is us), and are hypothesized to be the intelligence behind the design of complex life as we know it.

… what defines us is our melting-pot nature. Just like the English language, human beings have absorbed, modified at need, and utilized all sorts of extraneous parts. You say croissant, I say welcome bacterial overlords!

I'm a NICU nurse and lactation counselor, currently on hiatus to pursue a PhD in nursing which focuses on the development of health across the lifespan. I write books, articles, and blogs in between my duties as mom, wife, and student. I own a tool belt, and I'm not afraid to use it.
View all posts by arizela →
This entry was posted in General and tagged bacterial intelligence, dolphins, mitochondria. Bookmark the permalink.